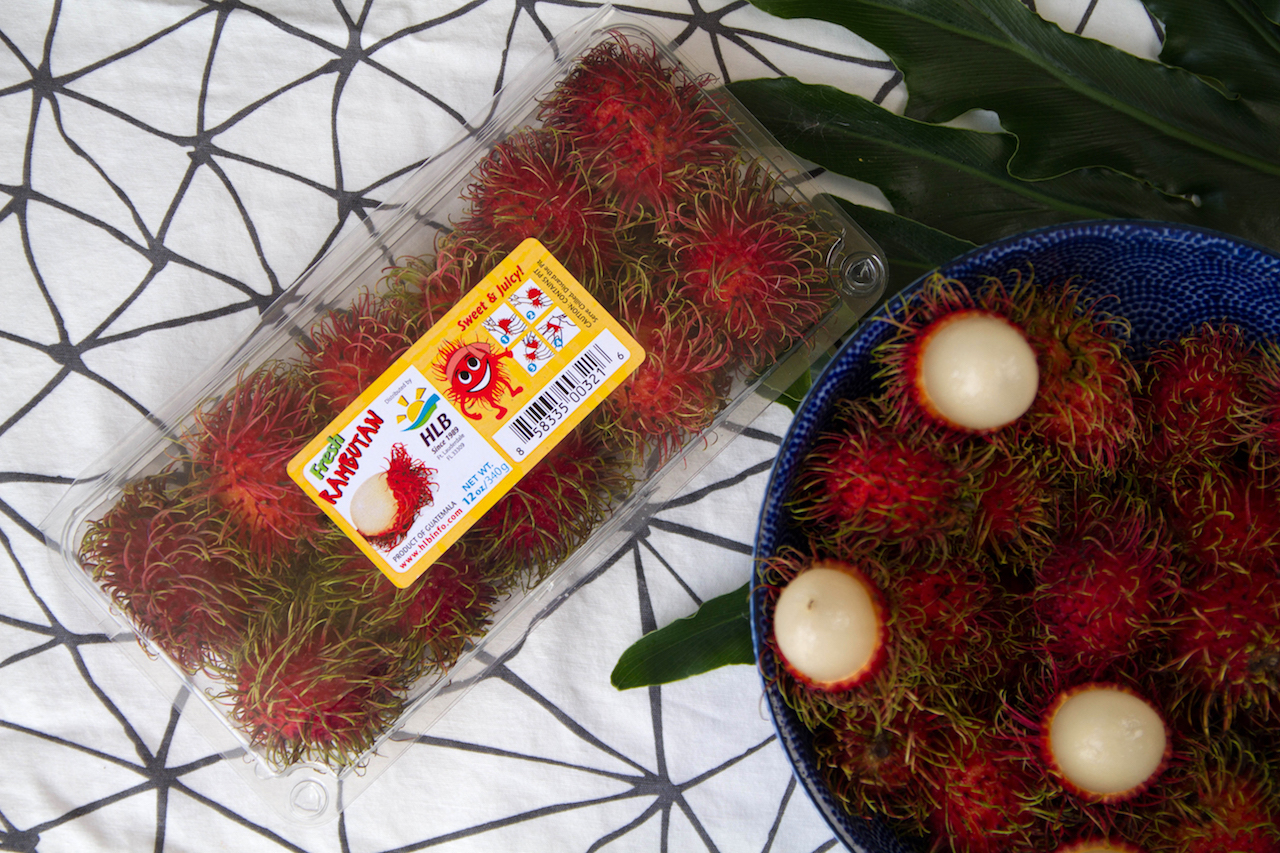 One of these products is rambutan, which is currently being sourced from Guatemala and Mexico.

Andrés Ocampo of HLB Specialties, located in Florida, says: “We are currently sourcing our rambutan from Guatemala. The season started late April, early May in the Pacific region, which is just across the border from Mexico. Then, as the season progresses, it moves over to the Atlantic area of the country. We’ll source from Guatemala through November, and we start Honduras in September so we overlap with both countries for 2 months.”

Rambutan logistics remain steady; papaya from Brazil is challenged
Rambutan is brought into the United States by air freight, to ensure optimal quality and freshness. Fortunately, even though the amount of overall air traffic has been drastically reduced due to the pandemic, the air freight out of Guatemala hasn’t been affected much. Ocampo explains: “The air freight in Guatemala was almost exclusively done through freighters, so there hasn’t been much change there. Though the prices did increase a bit, it was nothing compared with other countries. It’s been quite stable and manageable.”

HLB also brings in papaya from Brazil by air freight, and there have been many challenges with this in the past few months. “Most of the air freight from Brazil was done through passenger planes, and with the temporary collapse of the tourism industry and the closing of borders, passenger flights have been reduced to almost nothing. So, we had to switch to freight flights which have really high rates and very limited space. It’s been improving slightly, but overall the whole logistics situation from Brazil has been very volatile,” Ocampo says.

Low rambutan volumes on US market currently
The volumes of rambutan have been low in the past few weeks, which has raised the prices a bit. Ocampo explains: “Earlier on in the season we had two tropical storms: Amanda and Cristobal, which triggered a lot of immature fruit to drop from the trees. The fruit that dropped should be coming into maturity right now, so we’ve been seeing lower volumes these past weeks. The Mexican production has been similarly affected, so overall there’s not much rambutan in the US market.”

The lower volumes have also brought up prices, which has helped the growers recover some of their losses. “The loss wasn’t catastrophic, but it was significant. So, it is helpful for the growers that they’re able to get a higher price for the product that survived, though it’s not enough to fully compensate for the loss of the fruit,” says Ocampo.

Despite the unpredictability of the markets due to the pandemic, the overall demand for the rambutan this season has been steady. “We were a little concerned at the beginning of the season because of the pandemic,” Ocampo shares. “Fortunately, the demand has not been extremely affected from what we’ve seen so far. It’s not super strong, but we’re cautiously optimistic about the progression of the season,” he concludes.